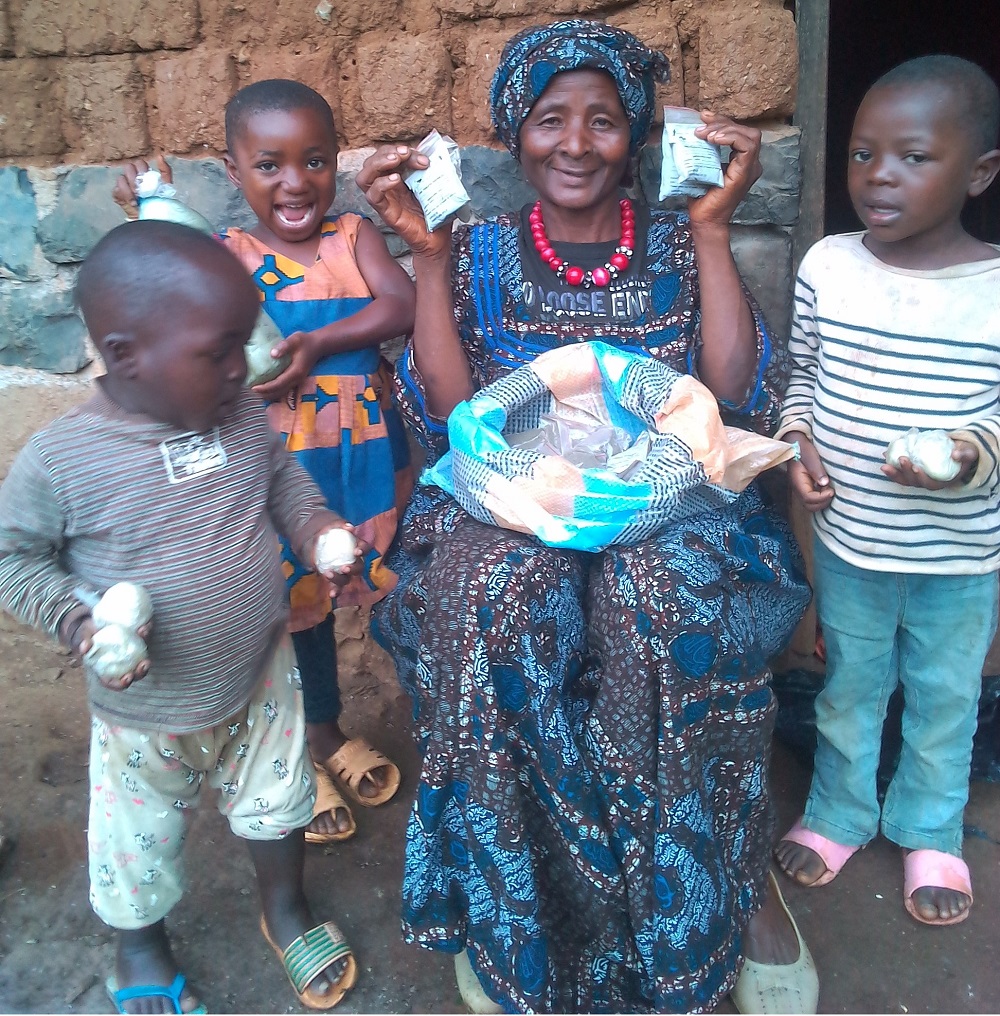 The growing socio-political crisis in North West Cameroon, affecting especially rural areas has led to increased hunger, insecurity, loss of lives and loss of shelter for many. This has been the case with Mbeng Helmina (71 years old) who lives in Abuh, a rural village in North West Cameroon. In recent years, the loss of her husband made her the sole provider of her family, including her 6 children and her 13 grandchildren. With increased tensions caused by the ongoing crisis, her children have had to flee from the village to the cities in search of security and better jobs, leaving her to look after her 13 grandchildren.

Helmina has been a farmer from her childhood due to the fact that her family was too poor to provide her with basic education, limiting her opportunities and scope in life. She was later given into marriage at an early stage and could barely support her husband financially due to limited income earned from farming. Her present predicament proved to be an increasingly difficult challenge as she had the responsibility to provide food, shelter and clothing for her family. She testified that ‘I had to work week in and week out on my farm. The soil was not the best and when I managed to have a reasonable harvest, my crops got bad in the farm and even the ones at home got bad as well. I did not know how to preserve them, which made it very difficult to feed my family.

Thanks to CDVTA’s ongoing eldercare activities in her community in the last 3 years, (a local organization funded by All We Can), Helmina came in contact with the elderly group CDVTA is working with in her community.  She quickly joined the group in her local village, Abuh, and was able to benefit from skills gained through knowledge acquired from trainings on organic farming, gardening, crop storage and crop preservation. These skills enabled her to have a good harvest, prevent post-harvest loss of her crops and ensure a regular food supply for her family and grandchildren. In addition, knowledge gained from trainings on the production of local materials such as wash powder, body lotion and ‘ointment’ (which is quite popular in her locality for treating minor ailments like rheumatism and arthritis), has empowered her to be able to raise income from the sales of these items. She now provides clothing for her grandchildren from the additional income earned from these sales.

Helmina expresses deep appreciation to All We Can, whose support through CDVTA has been able to change the lives of so many poor women and widows, in her community and beyond.