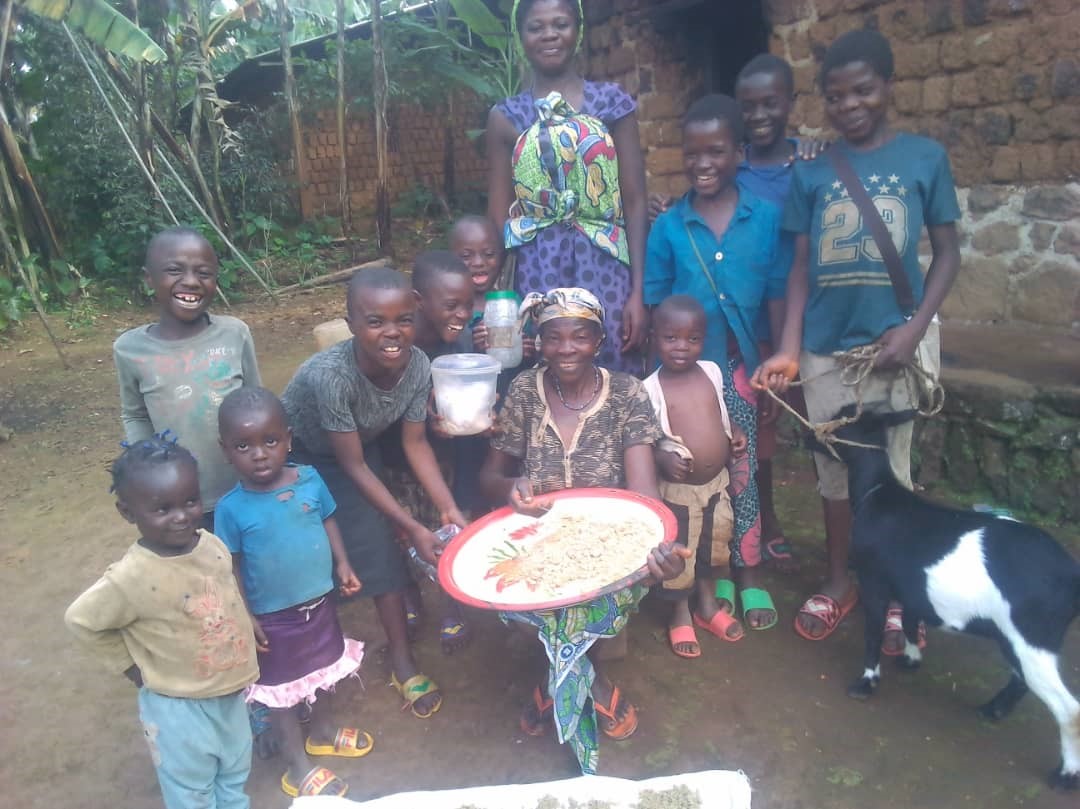 Abuh community in the North West region of Cameroon is one of the areas which has been greatly affected by the ongoing Anglophone crisis. This community serves as a home to Mariglority Tum, 62 years old, who has been a member of the CDVTA Isaibuh older people’s group since 2015. Married to her 81 years old husband who was a coffee farmer, they had been barely surviving to make ends meet for their family.  With the sudden drop in the price of coffee during the late 1990s, her husband who was the breadwinner of the family lost his only means of livelihood.

This placed all the responsibility of taking care of the family solely on the shoulders of Mariglority. With a large family of 22 (8 children, 13 grandchildren as well as her husband) to look after, it wasn’t an easy task to provide for them, especially with the advent of the socio-political crisis which caused 4 of her children and 9 grandchildren to join her in the village as internally displaced persons.

When CDVTA started activities in a nearby community to hers in 2013, she was one of the few persons who independently formed the Isaibuh older peoples group and advocated for CDVTA to support their activities. When CDVTA finally began supporting her group in 2016, as an active group member, she participated in all group activities and training facilitated by CDVTA. She received support in the form of training on income-generating activities as well as seeds for farming. She eventually gained skills in the production of body lotion, ointment, wash powder and ginger powder production.

These skills enabled her to train other group members and eventually begin producing these items on her own. In addition to this, the training she received from CDVTA on the best marketing strategies for the marketing of these products helped her to improve her sales and earn a substantial income. She also used a part of this income to further increase on her livelihood activities by purchasing a goat and engaging in the goat scheme for elderly women. The goat currently has 3 kids and she intends to buy more goats in future.

In the past, the tradition in her community forbade women from owning or rearing goats. However, thanks to the advocacy campaigns on the rights of older people, especially women and the training carried out by CDVTA, the perceptions in her village changed and have given her the opportunity to engage in this scheme. All of this would not have been possible without the assistance of CDVTA and All We Can. With the worsening crisis situation which has made life become increasingly difficult to cope with financially, the money earned from these activities has enabled her to support and feed her family.

She had this to say as she continued with her lucrative ointment and ginger powder business; “Now I am looking forward to sending some of my grandchildren who lost their parents to HIV/AIDS out of the North West region to continue with their education. This is all thanks to CDVTA and All We Can who identified and supported an old woman like me’’