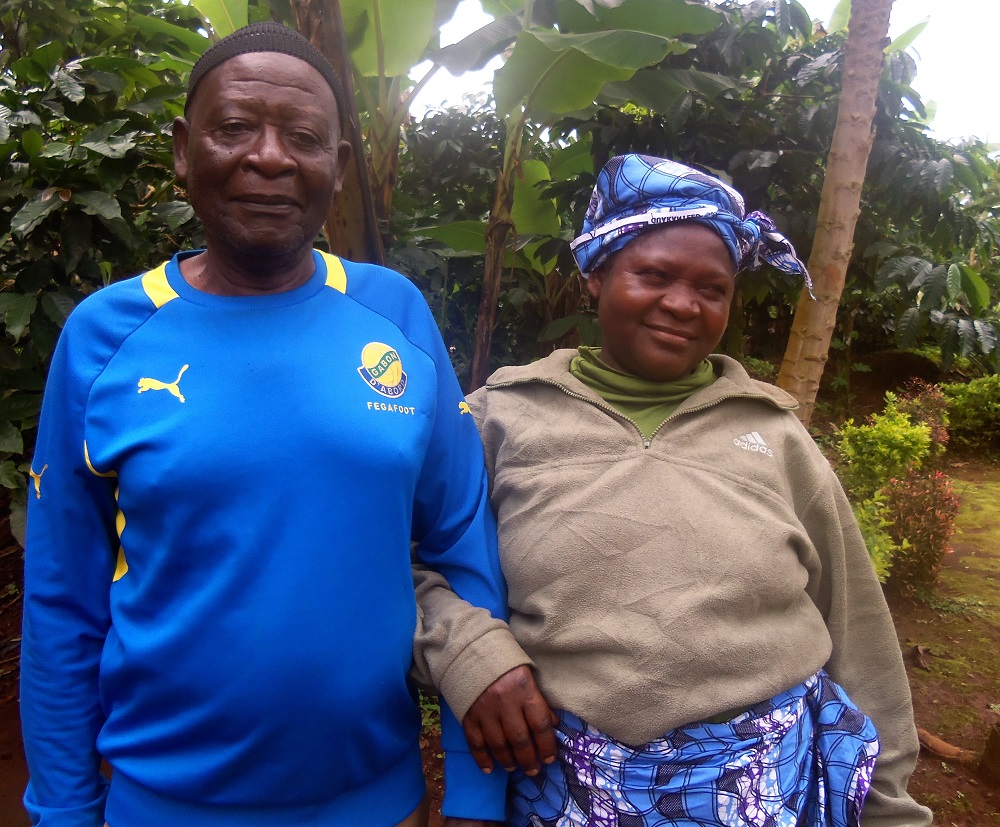 Vincent Mbah, is a 76-year-old retired highway driver who lives in Efit Guzang, Batibo Sub Division, in Momo Division of North West Cameroon. He lost one of his two wives. Out of his 10 children, 4 of his female children got married early without advanced education, and he lives with his lone male child and his 6 female siblings, among whom 3 are in primary school while 3 are still in the secondary school.

When we visited Efit in January 2016 for community survey, in view of starting an older people’s group within the community, Vincent’s compound was the second compound the CDVTA team visited after the quarter head’s compound. He wasn’t in good shape. He had difficulty in walking because of generalized body pains, associated with ill-health and inactivity. His countenance was quite dull. He was however, among the first people to embrace the idea of creating older people’s solidarity groups within the community. He and his 60-year-old surviving wife Mary Mbah were among the founding members of the Efit Older People’s group. The meetings hold in the compound of the quarter head, who is a direct neighbor of Pa Vincent.

Like 90 other older people in Efit community, Vincent began participating in group meetings, trainings on medicinal ointment production, body lotion production, ginseng processing, ginger powder production and educative talks on personal hygiene and healthy living. He began consuming the products as well. Gradually, he recovered from his illness and has remained ever since very active and committed in the group. He was among the delegation of over 100 older people that travelled by bus to Belo to participate in the regional mini-convention of older people for their very first time. When we met Pa Vincent during our field monitoring exercise recently, he had a bright look on his face. He also looked stronger, healthier and quite younger.

Formerly, he could not stand for straight 5 minutes, but the use of the medicinal ointment, among the lessons learnt, have gotten him back to his feet. Moreover, he no longer feels abandoned to himself because he is in close contact and communication with other older people in the community thanks to the solidarity of the Efit Older People’s group. What a dramatic change? Vincent is confident that more than 90% of the members of his Efit group would tell a similar story, thanks to the timely intervention of CDVTA in Batibo sub division.