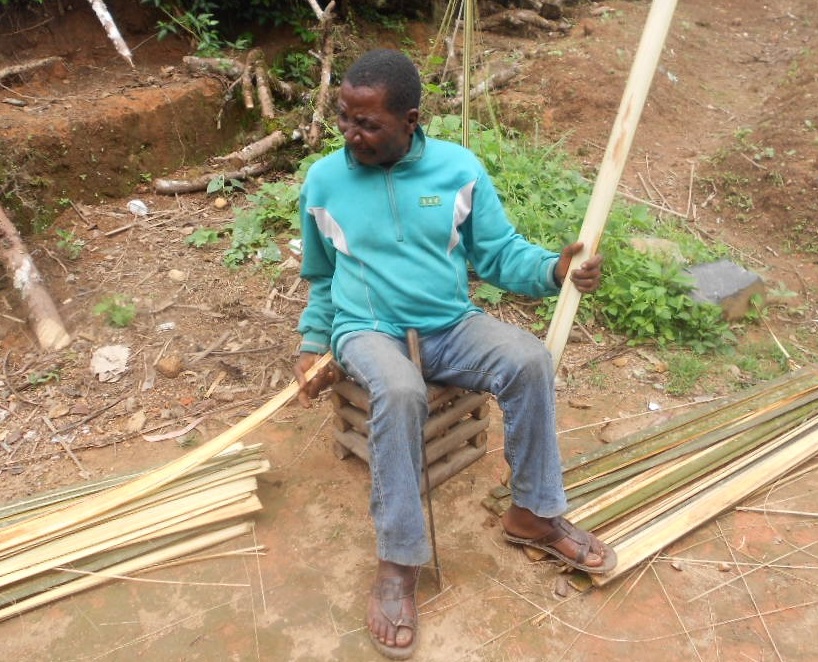 Vincent Atoh Yunga was born in 1947 in Acha-Tugi village in Momo Division of the North West Region. He was married to 2 wives, all of late. He has 7 surviving children including 1 female and 3 grandchildren, who all live far away from home. He is an active secretary for the Njiniji older people’s group who writes well only when he has his lenses. He is the most punctual member of the group.

Due to his diabetic condition, Pa Yunga is on a special diet. Despite this condition and the fact that he lives alone, he does not feel lonely, because of the social gathering that CDVTA introduced through the group meetings. Even though he does not possess a telephone through which he could communicate with his children from time to time, he does not feel isolated or alienated by them, because of the interactive home visits and group exchange activities initiated by CDVTA staff and volunteers.

In 2013, Pa Yunga participated in an exchange visit organized in Mbengwi, where he learned how to weave local mats; this has greatly improved on his welfare and livelihood